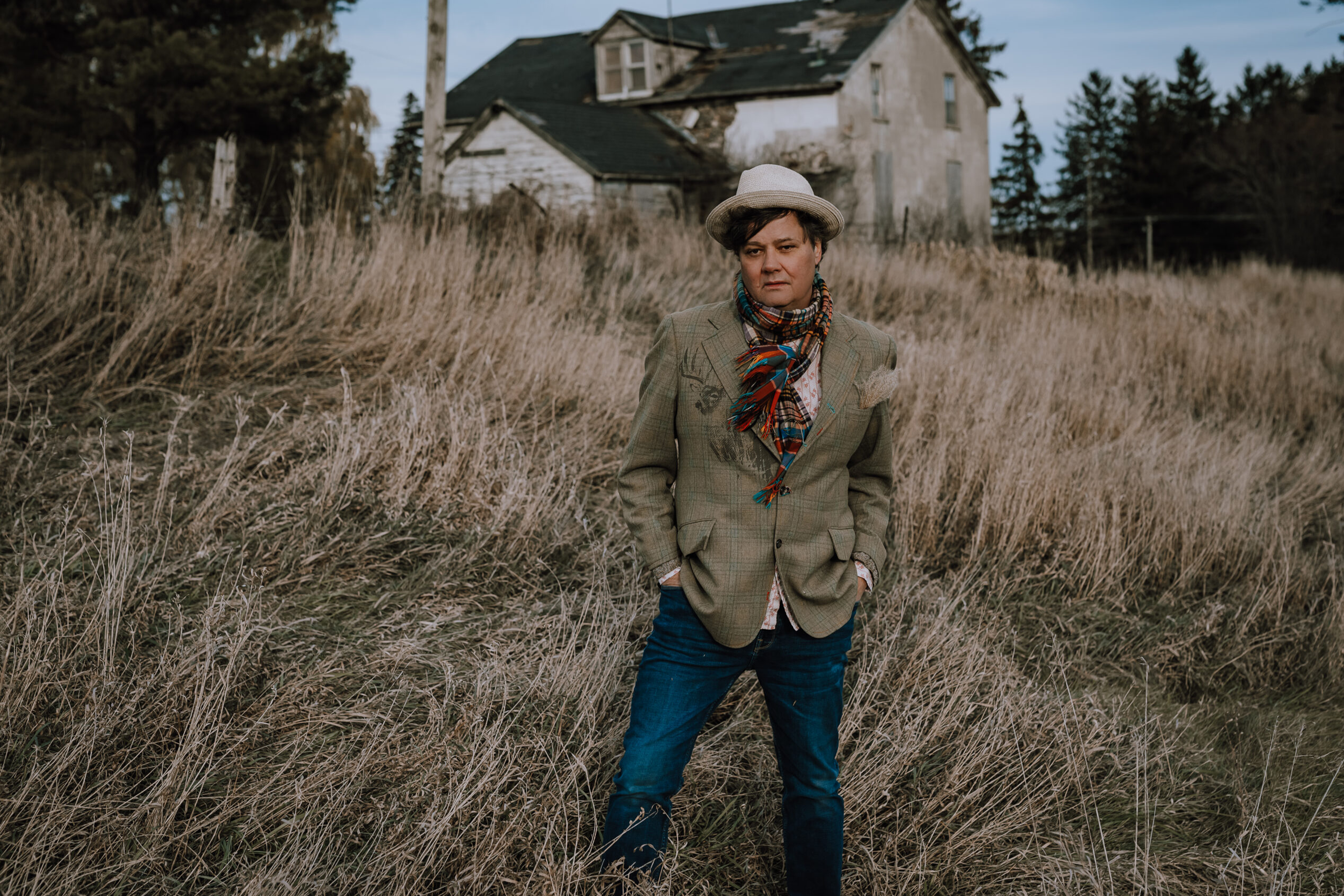 Ron Sexsmith is a three time, Juno award winning singer songwriter from St Catharines Ontario. Born in 1964, Ron was drawn to music from an early age by the melodic songs of the era, which he heard on the radio and by his Mom’s record collection.

His earliest musical heroes were Buddy Holly and Elton John.

He always loved to sing, but didn’t start playing guitar until age 14 when he formed his first band “Paper Moon” (named after the film of the same name). Although he tried to write songs throughout his teens, it wasn’t until he was 21 and living in Quebec with his partner and first child, that he truly became a songwriter.

Ron eventually moved his young family to Toronto in 1987 to further pursue a career in music. He worked as a courier by day, while performing in the clubs by night. He formed the band ‘Ron Sexsmith and The Uncool’ and started gaining attention from music label executives, though all passed on signing him.

In 1991 he released his first full length album on cassette called “Grand Opera Lane” produced by Bob Wiseman. The album was rejected by the Canadian music industry, although it found its way to Los Angeles where Ron ultimately signed his first music publishing deal with Interscope Records followed by a recording contract.

With producer Mitchell Froom, Sexsmith released his self-titled label debut album in 1995. The melancholic tone and sparse acoustic arrangements of the album were met with disapproval from Interscope. However an enthusiastic endorsement from Elvis Costello drew media attention and the album was declared a critical success. In his Sept 7, 1995 review for Rolling Stone, Bud Scoppa wrote: “He just may be the most fluent balladeer to come along since Tim Hardin or Harry Nilsson.”

Sexsmith’s songwriting style evolved into a unique and timeless blend of classic pop, contemporary folk, and roots-rock idioms. He has built a steadfast reputation with critics and with some of his own songwriting hero’s (Elton John, Ray Davies, John Prine, Gordon Lightfoot, Leonard Cohen and Paul McCartney) for his characteristically honest, sensitive, and enduring approach to the songwriting craft.

His songs as well, have been covered by the likes of Rod Stewart, Nick Lowe, Emmy Lou Harris, Feist, and Michael Buble to name a few. In the past few decades as a headlining artist, Ron has performed at some of the most prestigious venues in the world, such as Massey Hall, Royal Albert Hall, and Carnegie Hall.

In 2017, Ron penned his first novel ‘Deer Life, A Fairy Tale’ published worldwide by Dundurn Press Limited. He has written a ‘yet to be released’ complete musical score to accompany the tale, for his vision to someday bring the story to the stage as musical theatre or adapt to film.

Ron completed work on a brand new album which is scheduled to be released in early 2023 and is in keeping with his reputation for catchy but graceful melodies, drawing on love, and the trials of everyday life.